Celebration of the Day of the Republic of India at the Indian Culture Center, Sunday, January 26 at 6:00 p.m.
Villarroel Street, 8 – 08011 Barcelona
Free entry

January 26, Republic of India Day celebration at Indian Culture Center. The event began with the National Anthem of India and the reading of a summary of the president’s speech by Kandarp Mehta. Prakhar Gupta then recited a poem dedicated to this special day, and Selvin and Sebastian performed patriotic songs like Vande Matran. It ended with snaks and chai from India, which could also be enjoyed by invited representatives of Catalan society present and interested in learning about different aspects of the culture and traditions of India.
Although India gained independence on August 15, 1947, the Indian Constitution did not become effective until January 26, 1950. During the transition period from 1947 to 1950, King George VI was the head of state and C. Rajagopalachari served as Governor General of the country during this period. After January 26, 1950, Rajendra Prasad was elected President. The President of India is the Commander-in-Chief of the Armed Forces. Republic Day is celebrated with the raising of the national flag, and parades of the armed forces and schoolchildren throughout the country. The largest and most important of these parades takes place in New Delhi. 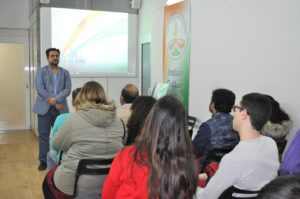 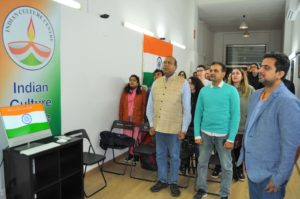 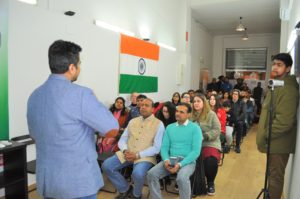 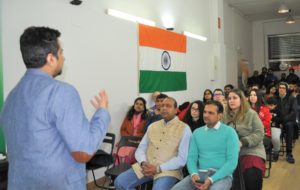 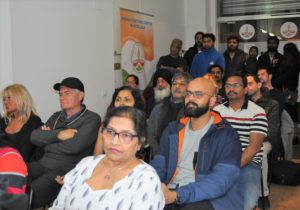 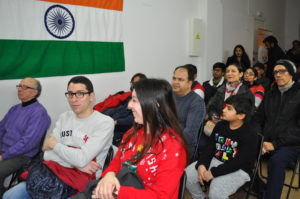 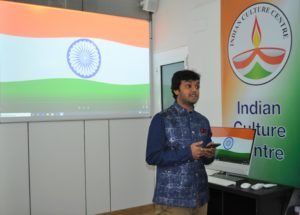 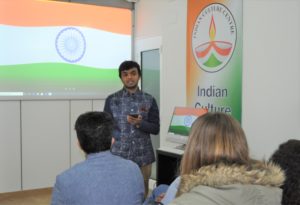 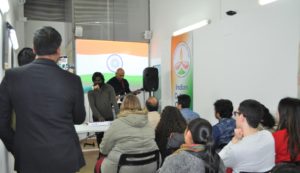 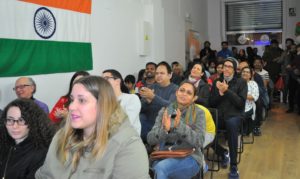 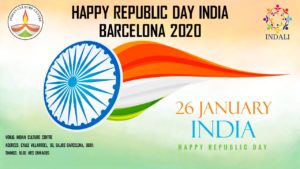